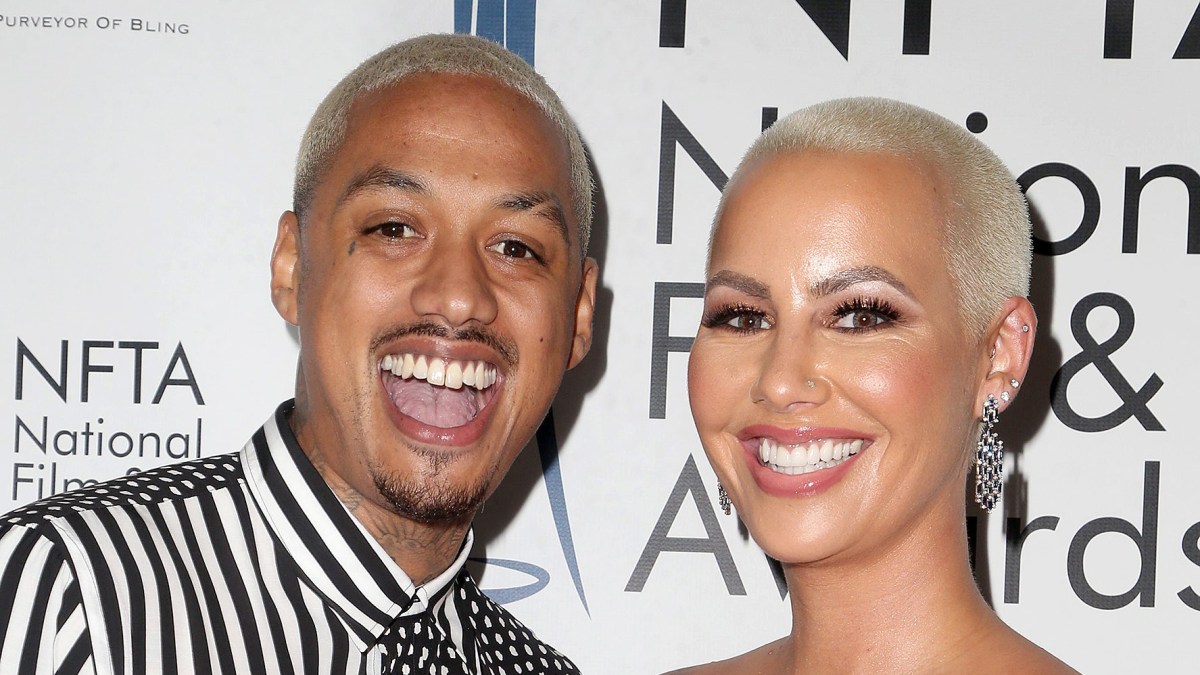 Congrats are in order for Amber Rose and rapper Alexander “A.E.” Edwards, who welcomed their first child together on Thursday!

The proud new parents shared the happy news on social media, with Rose sharing videos from inside the delivery room to her Instagram story. The clips showed A.E. passing the time with Rose’s family as they waited on the birth, and adorably playing “rock, paper, scissors” with her 6-year-old son, Sebastian — whom she shares with ex Wiz Khalifa.

A.E. later took to his own Instagram page to share a shot of his new baby boy, whom the couple named Slash Electric Alexander Edwards. 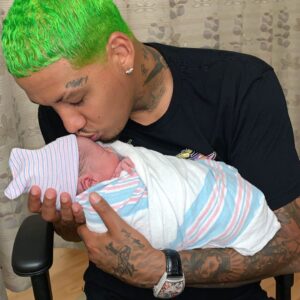 “Slash Electric Alexander Edwards.. the world is urs now ❤️,” Edwards captioned the pic of him kissing his son’s head. “Thank u @amberrose for loving me so much that u put ur body thru it 2 bring my sun in2 the world. I could never be as strong as u. Slash a rockstar ❤️.”

Rose announced she was pregnant in April, Instagramming a photo of herself at the doctor’s office getting an ultrasound. Rose and Edwards, the Vice President of Def Jam Recordings’ A&R, were first rumored to be dating in October of last year.

“@ae4president and I are SUPER excited to announce that we have a Sweet little Baby Boy on the way!” she wrote. “P.S Sebastian is soooooo Happy to be a big brother!” 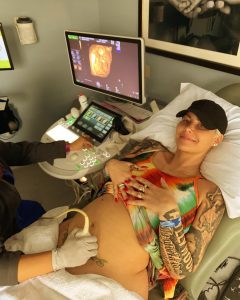 In August, Rose announced on Instagram that she was canceling her annual Slutwalk — which she created in 2015 to spread messages of body positivity, gender equality and sexual enlightenment to the public — in order to protect her “energy and peace” during her pregnancy. She also said she “stopped being friends with about 20 people last year” whom she claims stole from her, cheated on her, lied to her or were addicts and toxic people.

“I’m so happy God has blessed me with a New Baby and an Amazing Man to help me through all the turmoil,” she said. “That’s why I’ve been laying so low during this pregnancy. No Toxicity will be tolerated over here only Positive vibes. F**k fake friends and their weirdo sh*t. I’d rather just have my family and my team.”

ET spoke with Rose last May, when she talked about representing for fellow mothers.

“I almost go overboard on purpose to kinda piss people off and make them say mean things about me, so women can be like, ‘I need that! I need to see that,'” she continued. “That gives them more confidence. … You can’t just sit in the house and not have a life anymore because you have children or because your husband is away working. It’s just not fair. You only have one life to live and you should live it to the fullest.”